The Missa brevis contains a set of Gregorian chants (Kyrie, Gloria, Credo, Sanctus, Agnus Dei). This selection provides chants simple to learn and to sing. The selected Sanctus and Agnus Dei are the best known, since they appear also in the Masses of the Dead.

For new communities interested to be initiated to Gregorian chant, it provides a beautiful and shorter alternative for the Missa de Angelis, which tends to be overused by newbies. It uses the Kyrie 16, Gloria 15, Credo 1, Sanctus 18 and Agnus Dei 18 from the Graduale Romanum.

The scores below come from Gregobase, a database of Gregorian scores. 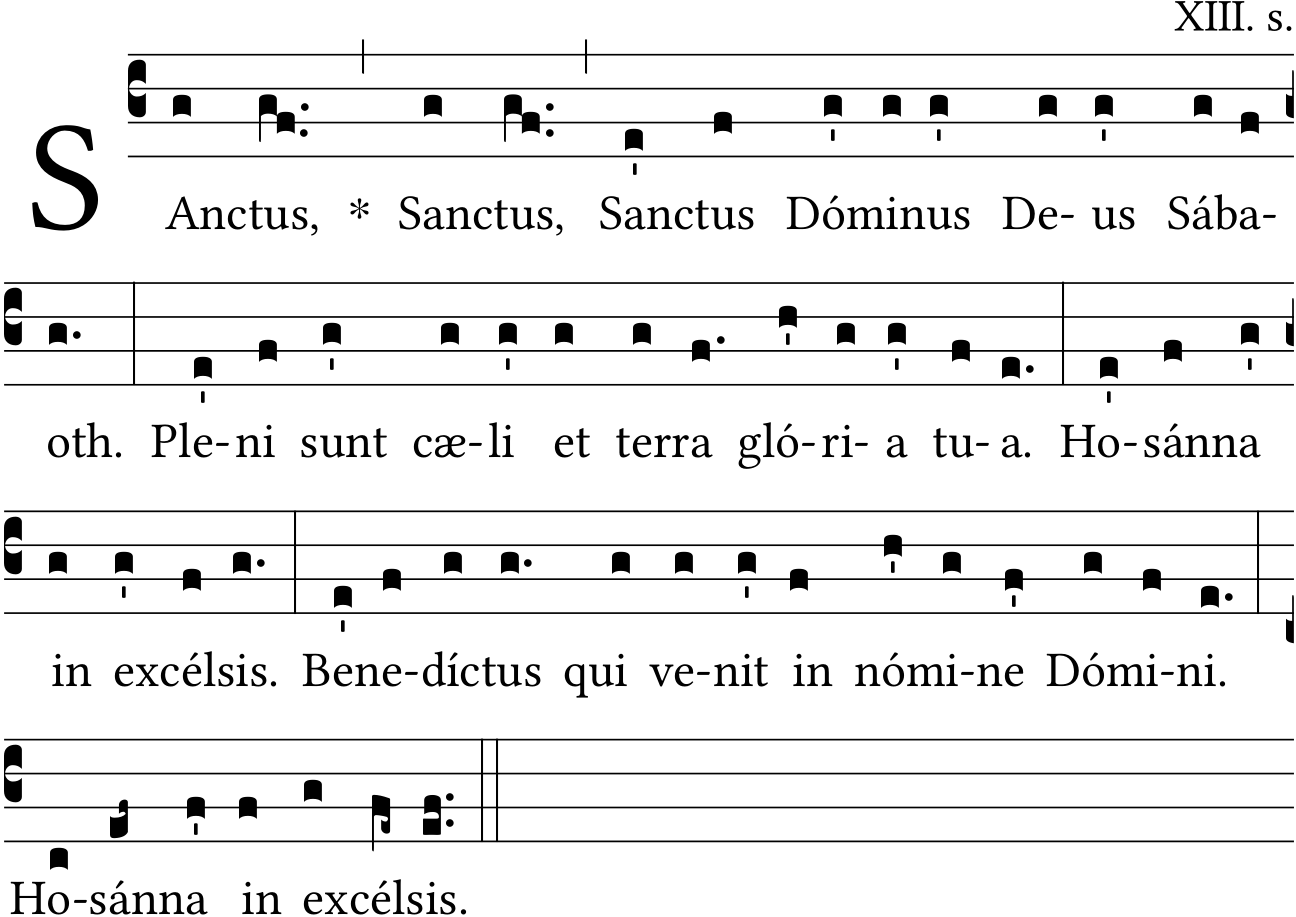 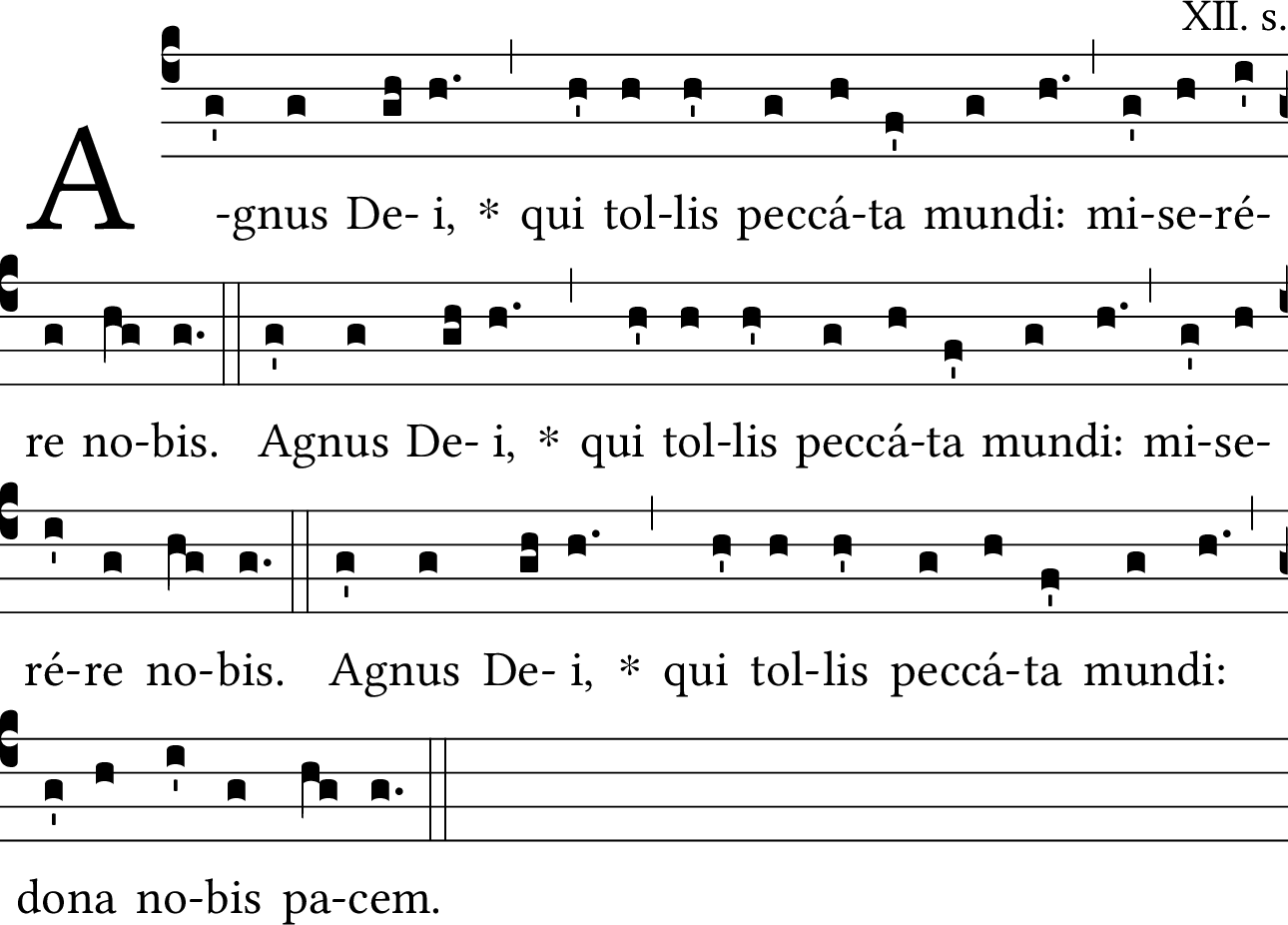 We provide below the most common answers to be sung by the faithful, in dialog with the celebrant and his ministers.

The scores below come from Gregobase, a database of Gregorian scores.

After the opening prayer:

Liturgy of the Word

At the end of the first reading:

At the end of the second reading: 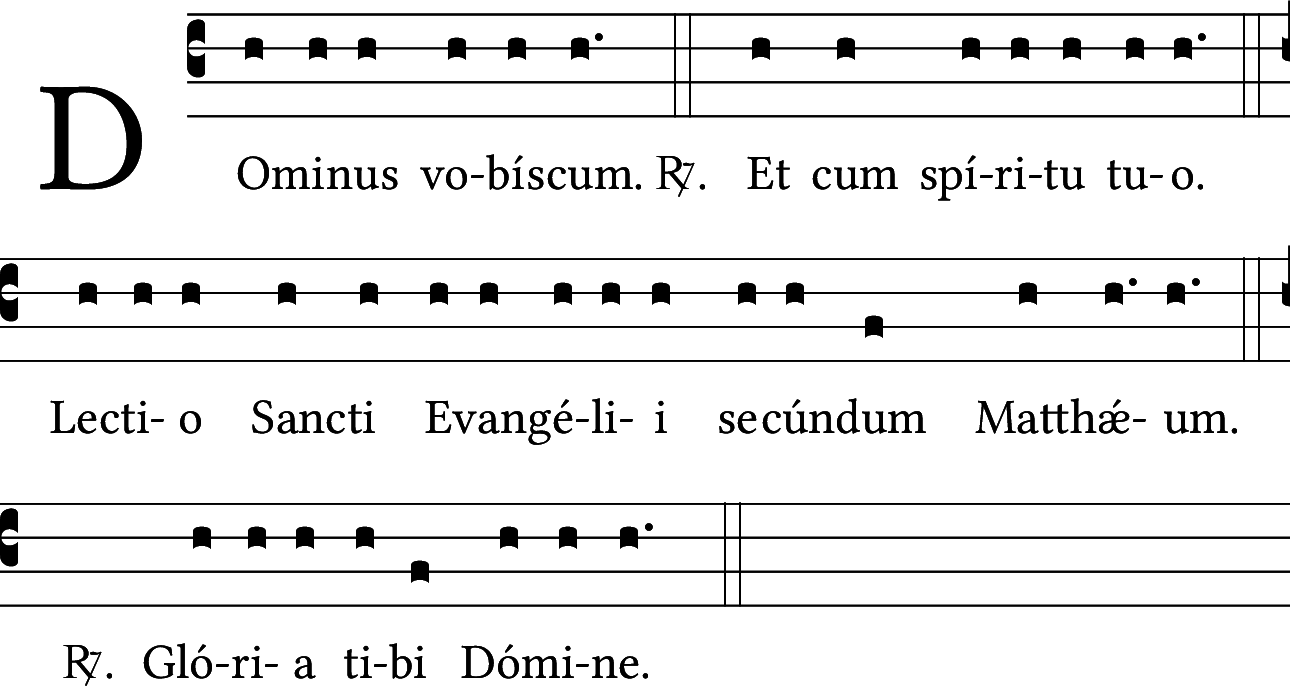 At the end of the Gospel:

Prayer of the Faithful:

Liturgy of the Eucharist

Dialogue before the Preface: 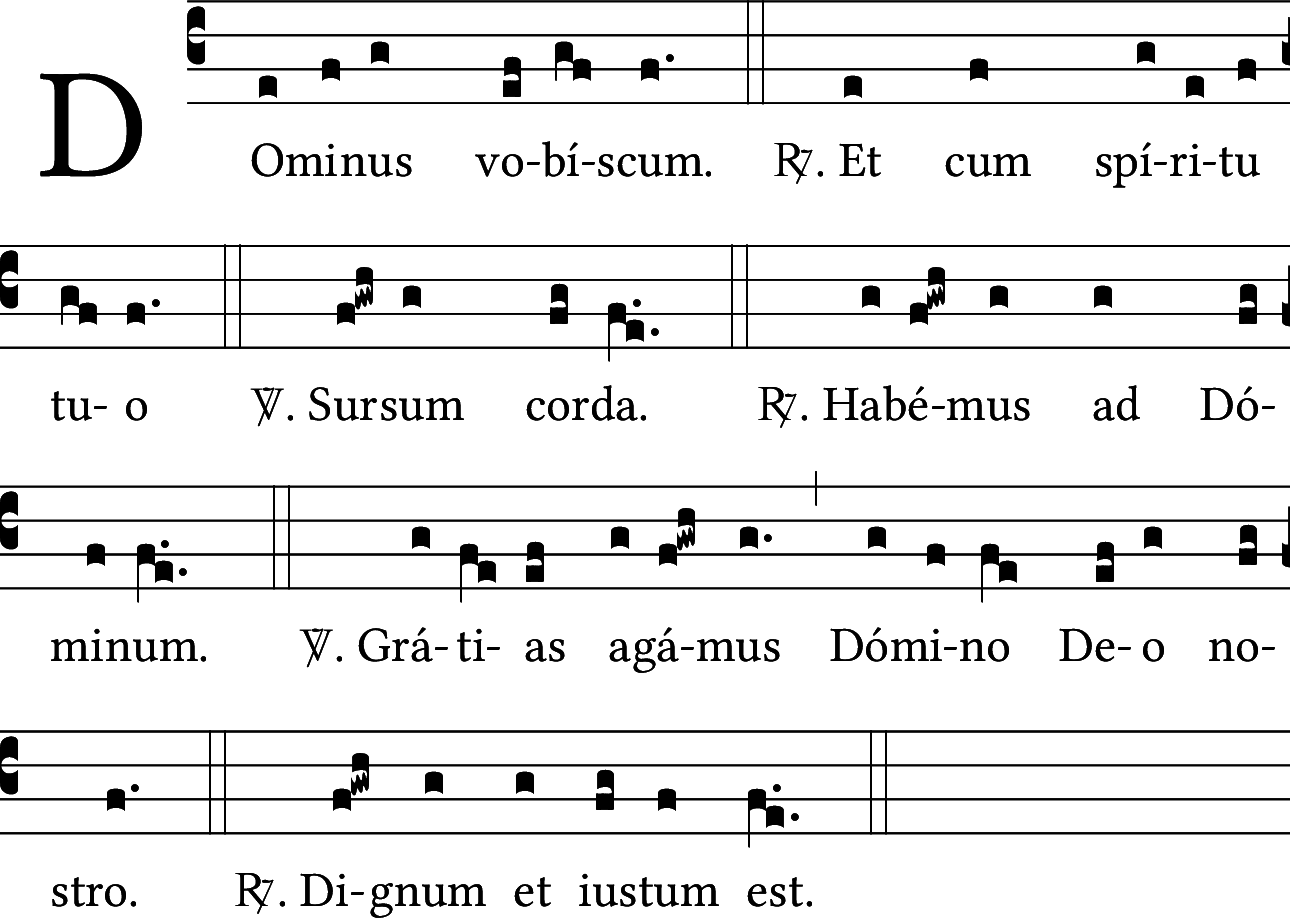 Acclamation after the Consecration: 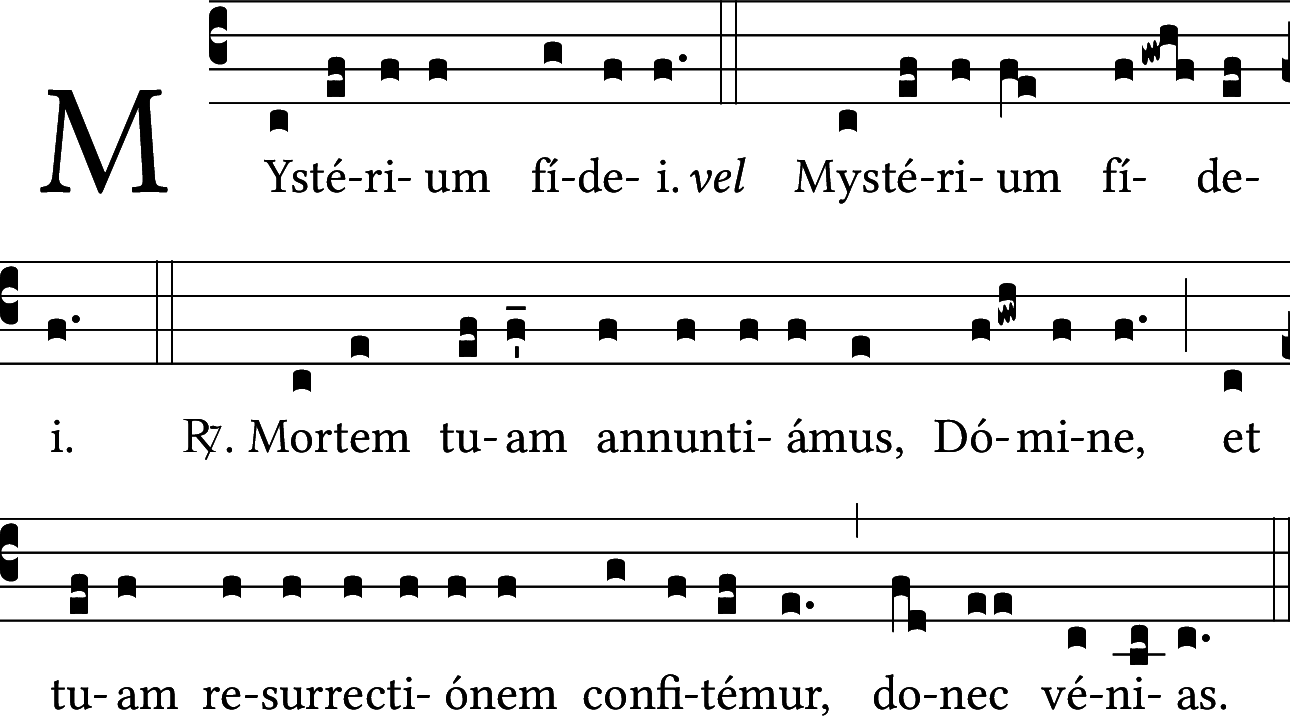 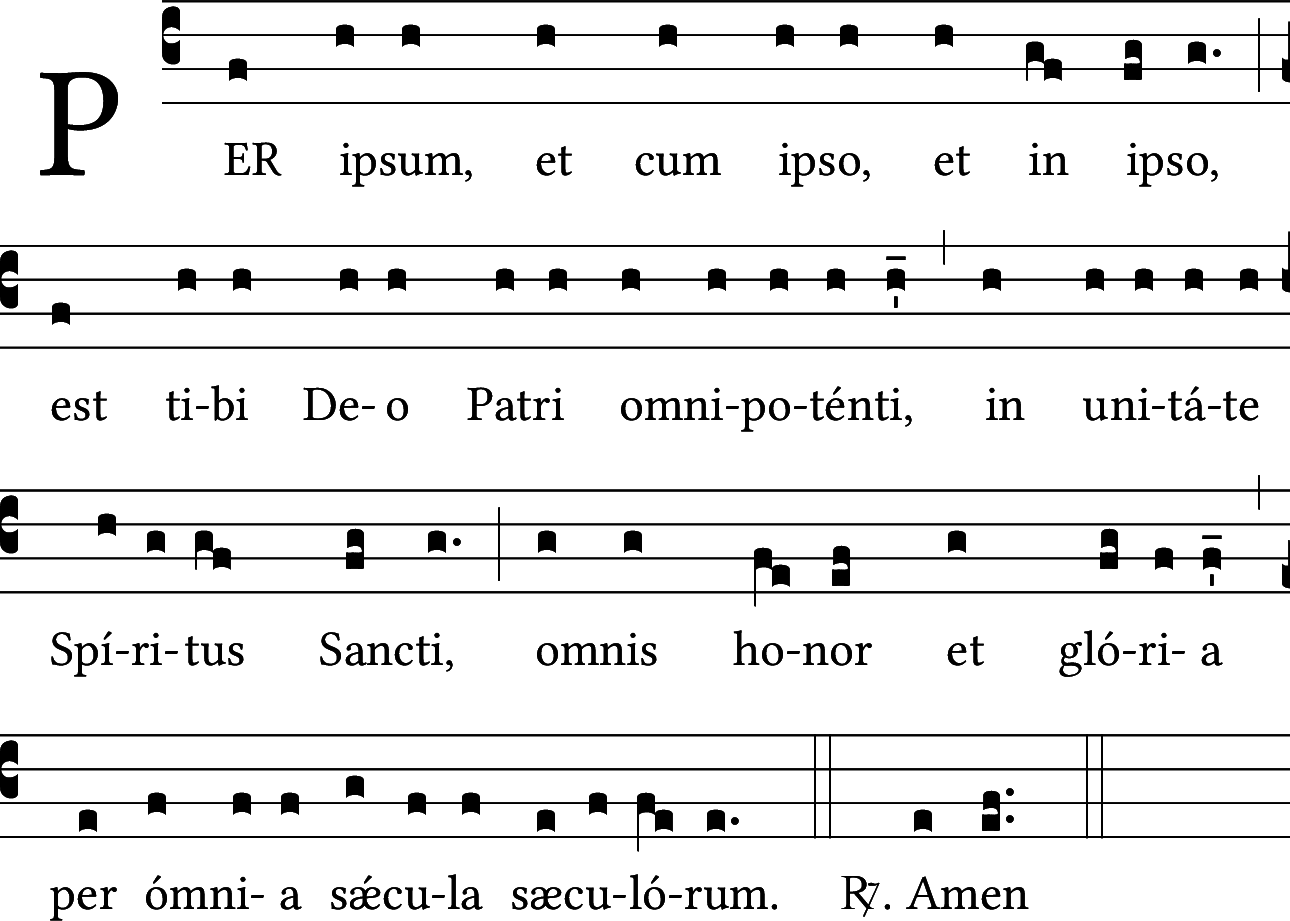 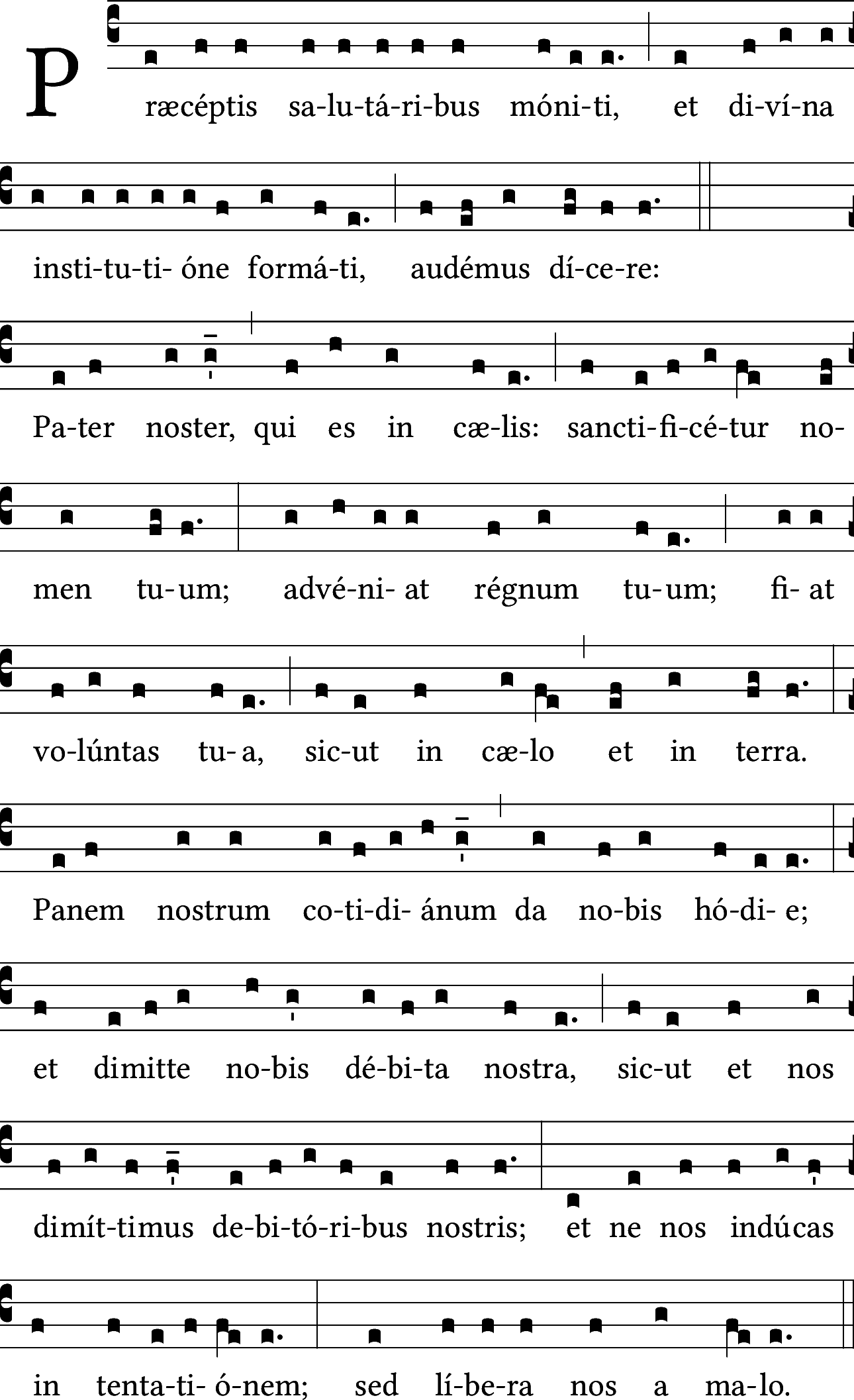 Acclamation after the Our Father:

After the Prayer for Peace: 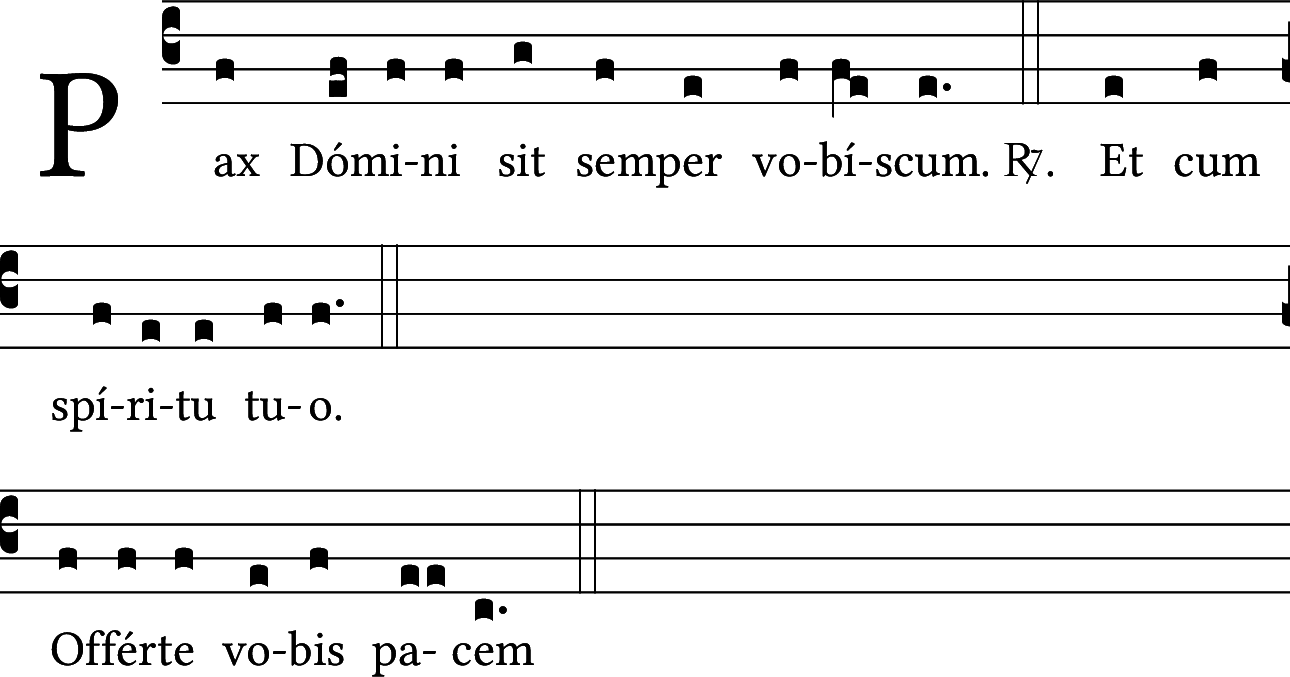